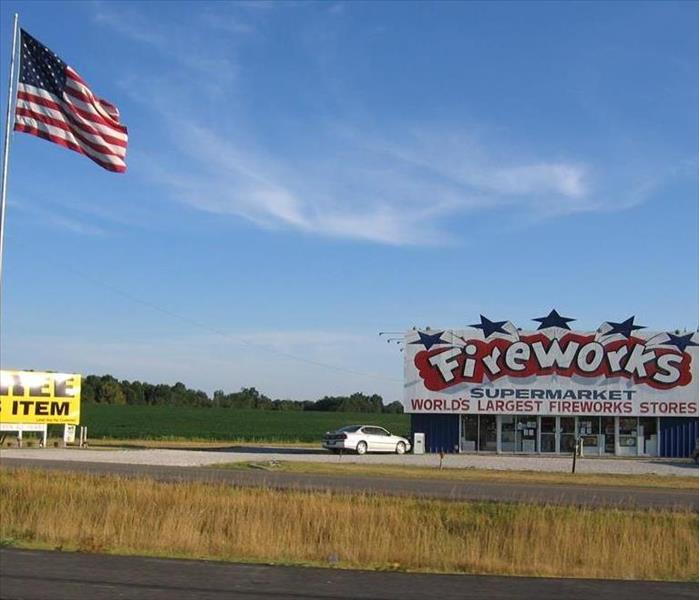 Summer is synonymous with barbecues, swimming, and fireworks. Today we will cover Firework safety.

If not handled properly and safely, Fireworks can be extremely dangerous, causing bodily injury and even structure fires.

The National Safety Council advises everyone to enjoy fireworks at public displays conducted by professionals, and not to use any fireworks at home. They may be legal, but they are not safe.

In 2017, eight people died and over 12,000 were injured badly enough to require medical treatment after fireworks-related incidents. Of these, 50% of the injuries were to children and young adults under age 20. Over two-thirds (67%) of injuries took place from June 16 to July 16. And while most of these incidents were due to amateurs attempting to use professional-grade, homemade or other illegal fireworks or explosives, an estimated 1,200 injuries were from less powerful devices like small firecrackers and sparklers.

If consumer fireworks are legal to buy where you live and you choose to use them, be sure to follow the following safety tips:

A Tip on SPARKLERS

Every year, young children can be found along parade routes and at festivals with sparklers in hand, but sparklers are a lot more dangerous than most people think.

Sparklers burn at about 2,000 degrees – hot enough to melt some metals. Sparklers can quickly ignite clothing, and children have received severe burns from dropping sparklers on their feet. According to the National Fire Protection Association, sparklers alone account for more than 25% of emergency room visits for fireworks injuries. For children under 5 years of age, sparklers accounted for nearly half of the total estimated injuries.

The best choice might be to grab a blanket and a patch of lawn, kick back and let the experts handle the fireworks show.

Visit www.travelok.com for Independence Day, Fourth of July and Firework shows near you. 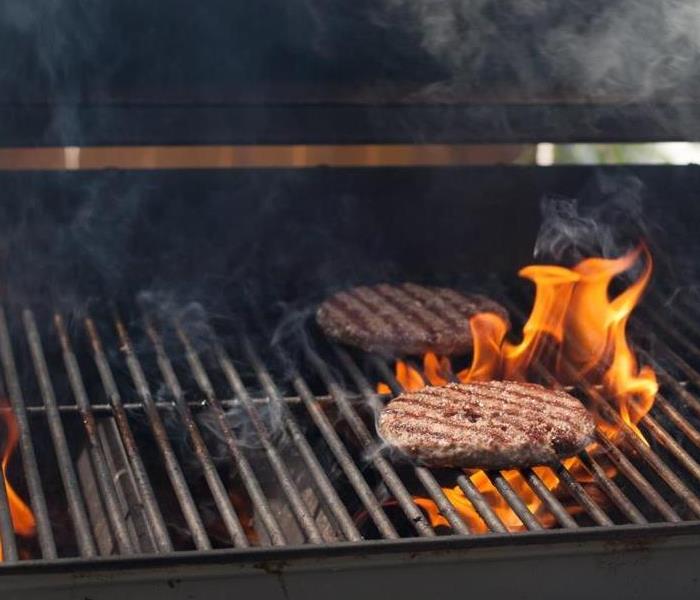 Summer is synonymous with barbecues, swimming, and fireworks. Today we will cover Grilling safety.

Seven out of every 10 adults in the U.S. have a grill or smoker*, which translates to a lot of tasty meals. But it also means there is an increased risk of home fires.

In 2014-2018, fire departments went to an annual average of 8,900 home fires involving grills, hibachis, or barbecues per year, including 3,900 structure fires and 4,900 outside or unclassified fires.

In 2014-2018, an average of 19,700 patients per year went to emergency rooms because of injuries involving grills.** Nearly half (9,500 or 48%) of the injuries were thermal burns, including both burns from fire and from contact with hot objects; 5,200 thermal burns, per year, were caused by such contact or other non-fire events.

Children under five accounted for an average of 2,000 or 39%, of the contact-type burns per year. These burns typically occurred when someone, often a child, bumped into, touched or fell on the grill, grill part or hot coals.

Charcoal or other solid-fueled grills were involved in 1,300 home fires per year, including 600 structure fires and 600 outside fires annually.

For more information on fire or grill safety, visit www.nfpa.org

Types of Smoke and Fires 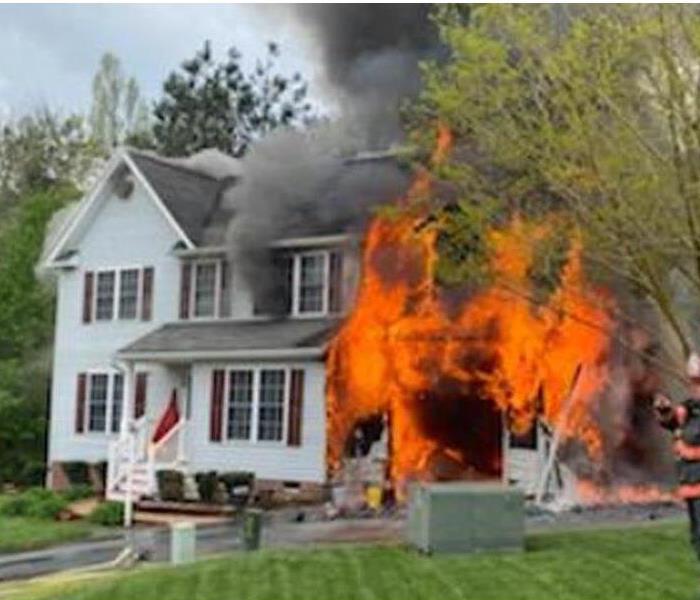 Fire is divided into five classes (A, B, C, D, and K) that are primarily based on the fuel that is burning. This classification system helps to assess hazards and determine the most effective type of extinguishing agent.

Before restoration can begin, SERVPRO® of Mayes and Wagoner Counties Technicians will test the soot to determine which type of smoke damage occurred. The cleaning procedures will then be based off the information from the testing.

Here are some examples of the different types of smoke.

After the fire there may be more than just damage from the fire itself.  Protein Fire Residue – Produced by evaporation of material rather than from a fire – It is virtually invisible, discolors paints and varnishes, it can leave an extreme pungent odor. 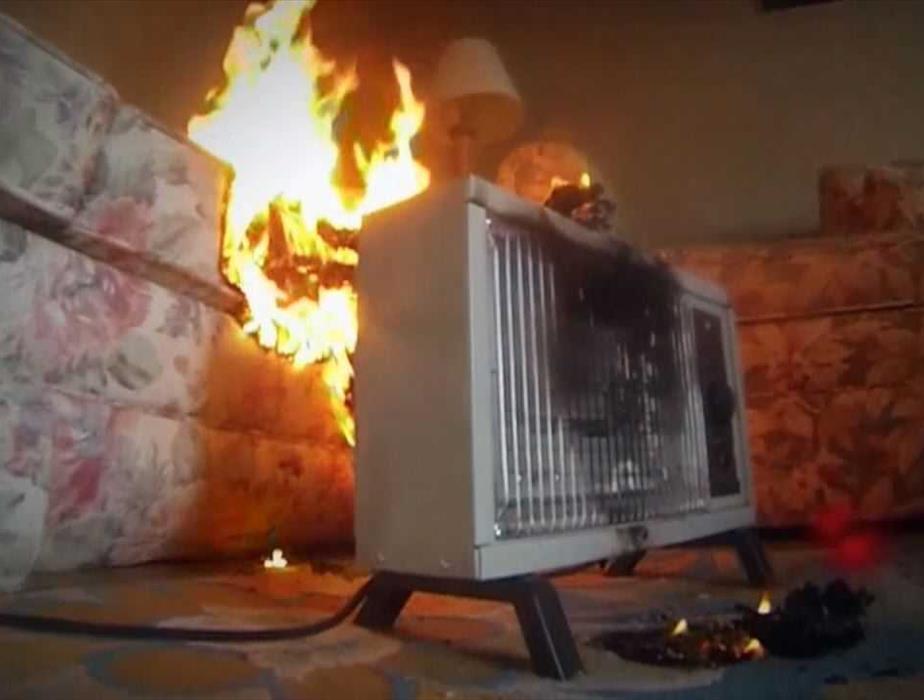 Space Heaters cause 1/3 of the winter home fires in the US every year.

As the temperatures drop, many people turn to space heaters to supplement their heating system or sometimes rely on them entirely for warmth. Unfortunately, space heaters cause about one-third of all winter house fires and 80 percent of all winter heating fire deaths, according to the National Fire Protection Association (NFPA). The winter months of December, January and February are the leading months for home heating fires.

Portable heaters can be both efficient and economical and add direct warmth to the rooms you are using most frequently, however there are few things to keep in mind when using them.

Do not let your Holliday season burn out and go up in flames , educate yourself about the safety hazards that come with the improper use of space heaters will help you achieve better peace of mind as you keep your home warm, comfortable, and fire hazard-free this winter.

SERVPRO specializes in Fire and Water Cleanup and Restoration.

Many people don't know this but there are different types of smoke.

There are two different types of smoke–wet and dry. As a result, there are different types of soot residue after a fire. Before restoration begins, SERVPRO of Mayes and Wagoner Counties will test the soot to determine which type of smoke damage occurred. The cleaning procedures will then be based on the information identified during pretesting. Here is some additional information: